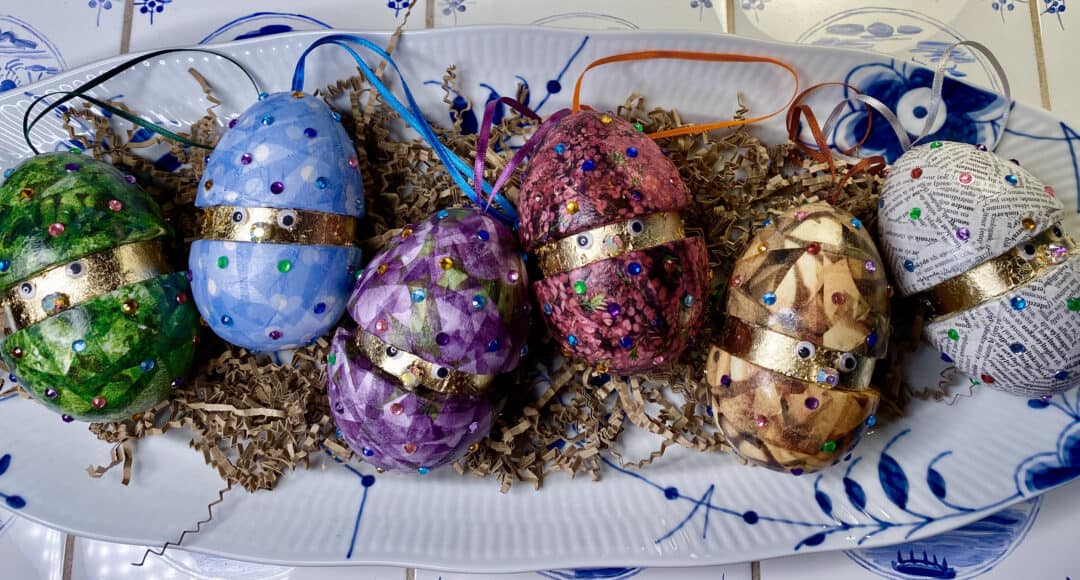 Do you love jewels and breakfast? Then go to “Breakfast at Tiffanys”. These beautiful, funny and amazed eggs have jumped into their party clothes and are ready. Slightly honored to be invited.

The eggs are easy to make but take some time. They consist of a flamingo egg, a piece of ribbon, a little paper (here are used napkins, a recycling dictionary, and a little tissue paper), 2 rolling eyes, a large jewel, smaller jewels, decoupage glue, a brush, a strip of cardboard, glue stick and a little gold (here used bald gold).

Start by cutting a flamingo egg over. The egg has a casting edge so cut after it.

Next, take a piece of ribbon and press it down into the top of the egg with the tip of a pair of scissors. Put some decoupage glue down at the top next to the ribbon.

Brush the egg with glue and brush cut triangles on the egg until it is covered, also on the flat side.

It is necessary to work on several eggs at the same time or let one egg rest in between so that the glue can dry and your fingers do not get stuck in the wet glue and paper.

When the egg parts are dry, they are brushed again with decoupage glue and the jewels are attached to the glue. The egg dries in an hour.
Meanwhile, cut a strip of cardboard and glue to a circle that is slightly smaller than the surface of the egg. Glue gold on or use a piece of gold cardboard. Glue the circle between the two pieces of egg. I used a glue gun. Finally, glue the two rolling eyes on as well as the jewel nose. Your egg is done. Have fun; 0) 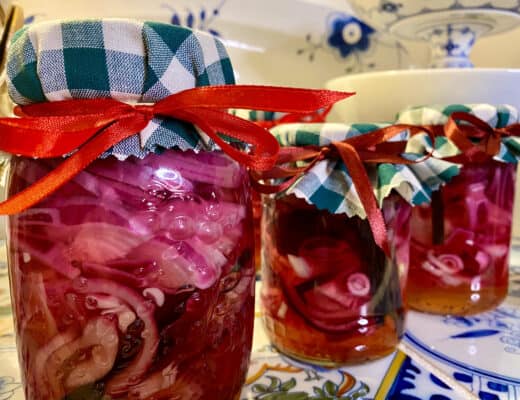 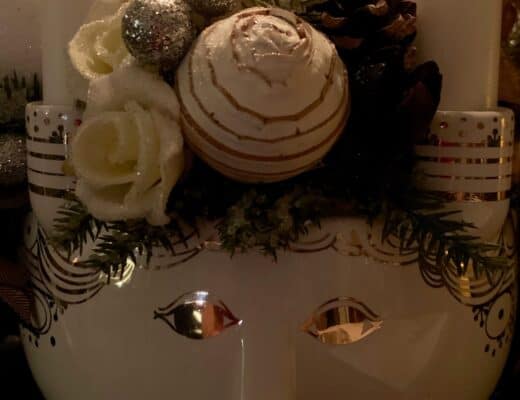 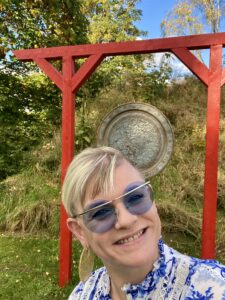 I own the company Dagmar Njord which works with decoration, interior design, garden design and creativity. 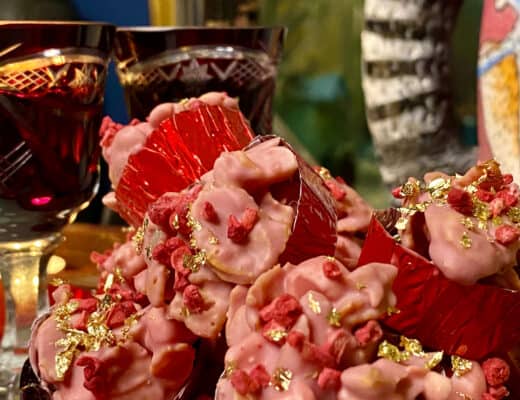 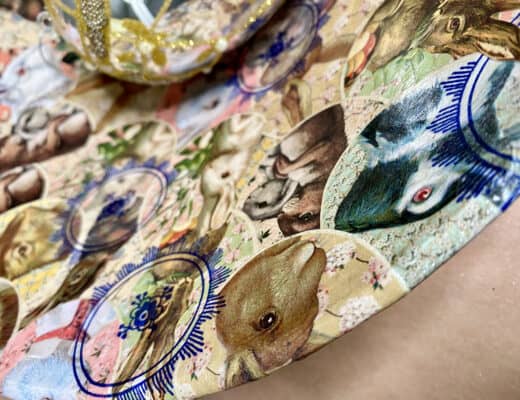 Easter bunny decoupage dish with a touch of blue fluted. 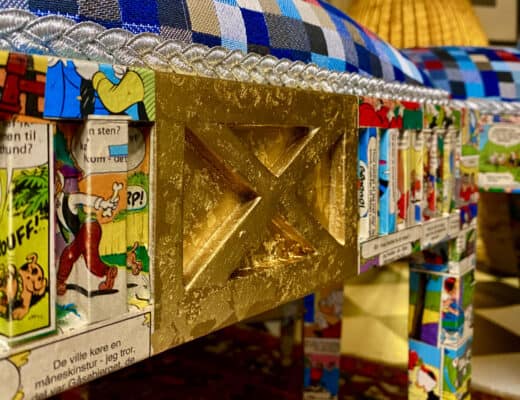